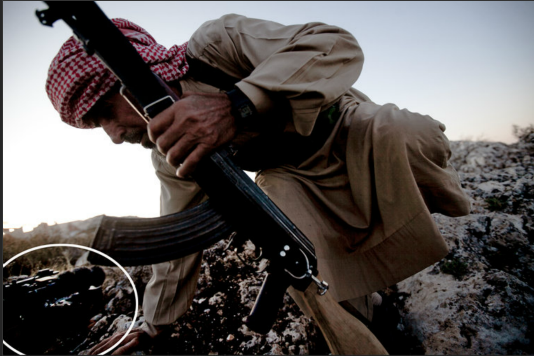 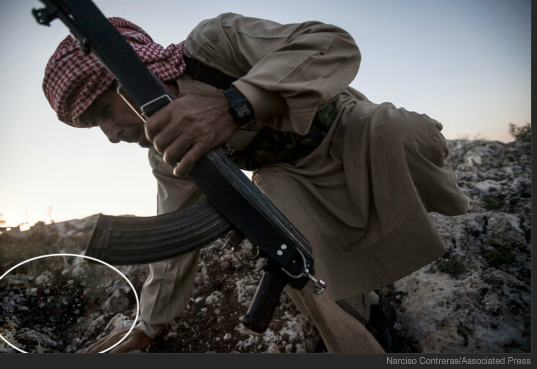 As of recent, there has been some hub bub about an Associated Press photojournalist who altered an image in Photoshop. As a result of his actions, he was fired. His employer the Associated Press, parted ways with Mr. Contreras due to his violation of the photojournalism ethical commandments “You do not add or subtract any element of an image in post processing. Ever.” Contreras had removed a video camera that appeared in the corner of his photograph; he felt its presence would dilute the gravity of the photo, which was of a Syrian opposition soldier taking cover under gunfire during a battle in Syria. Contreras has spent many years covering the war in Syria, and has no history of altering any of his photojournalist material. However, what is interesting to note in this situation is that Mr. Contreras, a Pulitzer Prize winning photographer, had remorse for his actions and turned himself in knowing full well what the consequences were. Moreover, having claimed he made a poor decision under pressure and duress, he makes no excuses for himself.

The most redeeming quality about Mr. Contreras, is that he took accountability for his actions. I find accountability to be one of the most diminishing traits in our society. Transparency should be normative and if you have something to hide, then maybe you’re part of a practice that needs reassessing.

Self-admonishment should  be applauded. Perhaps since Contreras came forward with his infraction, maybe he should have gotten a slap on the wrist rather than the boot. But in a profession where manipulation has become standard practice-placing images that are true and remarkable into suspicion, I feel the AP made a firm and correct decision in standing by their manifesto and maintaining photojournalism integrity. It sets a strong example of their belief in documenting the truth in a world where the truth has become redefined. Words like “harvesting” has replaced slaughter, and “enhanced” has replaced “manipulation.

And what’s to me a sad state of affairs, is that truth is always more strange and fantastic than fiction. The 2006 doctoring of the image of an Israeli airstrike in Beirut, is inferior to the actual untouched image on the left. There is too much contrast, and what should be regarded as illegal use of the Photoshop stamp tool in the upper billowy regions of the smoke. The original is more believable, more subtle, and therefore more sinister.

The more we manipulate our environment, the more over-saturated, 3-D, and enhanced we make it, the more desensitized we become to our origins. Our thirst for over stimulation leaves us empty, unable to recognize any internal stirrings within.  Our own magnificent imagination is being diluted by external stimuli to a degree that we don’t know what to do when left with silence. With Plain. With Simplicity. When manipulation becomes commonplace it promotes us to form our own narrative of the truth, thus removing us from all accountability for our actions. Truth becomes hearsay, and any standard for credibility is lost. If you don’t stand for something, you stand for nothing.